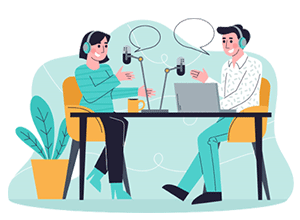 On May 18, 2017, CHED through the Chairman, Dr. Patricia Licuanan conferred upon the University of Perpetual Help System DALTA Las Piñas Campus the Autonomous Status. This recognition was received by UPHSD President Anthony Moran Tamayo during the awarding ceremony for higher education institutions and quality assurance partners in celebration of the 23rd founding anniversary of CHED.

Today, UPHSD is continuing its efforts to achieve its objective of maintaining and sustaining excellence in education. It has instituted an extensive network of national and international linkages in higher education and business.

The University of Perpetual Help System DALTA continuously subscribes to the institutional philosophy that national development and transformation is predicated upon the quality of education of its people. It is committed to the ideals of teaching, community service and research, with “Character Building is Nation Building” as its guiding principle.

The four-story school building was established along Alabang-Zapote Road, Las Piñas City and it catered to 185 students in the first two academic programs offered by the College – the Bachelor of Science in Nursing and the Secondary Course. The school expanded its reach when it established two (2) branches in 1995 and in 1996, the Molino and Calamba campuses respectively. The Molino Campus started its operations with an initial enrolment of 700 students while the Calamba Campus opened with 367 enrollees. From these small beginnings, the school began to expand in terms of curricular programs, faculty, research, community service, infrastructure, and professional development. Finally in 1997, PHCR recorded a milestone when it received its university status from the Commission on Higher Education (CHED).

A glorious International Conference on Exploring Colossal Technological Advances of the 21st Century in Science, Engineering, and Technology (ICECTACSET) is happening on August 13th and 14th, 2022, in the mystical place of Abu Dhabi, UAE.It is methodically arranged by the Institute for Engineering Research and Publication (IFERP).